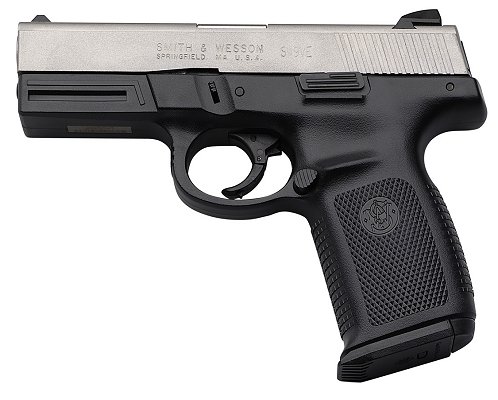 *Please Note!! Many of our pictures are stock photo\'s provided to us by the manufacturer and do not necessarily represent the actual item being purchased. Please verify this picture accurately reflects the product described by the title and description on this page before you place your order.
Description

The Sigma Series 9VE is the most ergonomically designed production pistol in history. These light to carry double action only pistols offer advanced ergonomics in a polymer frame and stainless steel slide format.


We cannot ship this gun to California or New York due to the Hi Capacity Mags.

These guns are Maryland Compliant.

This firearm includes one or more High Capacity Magazines and therefore is not legal in all states. At your request, prior to shipping, we can remove these magazines. You can make this request after adding the firearm to your cart.

These states / cities include but are not limited to: California, Washington, New York City, Chicago. Check with your local municipality about firearm and capacity restricitons.

OUT OF STOCK
$ 313.00
Ask the Community
Retail Store Availability
*Please Note!! Many of our pictures are stock photo\'s provided to us by the manufacturer and do not necessarily represent the actual item being purchased. Please verify this picture accurately reflects the product described by the title and description on this page before you place your order.

The Sigma Series 9VE is the most ergonomically designed production pistol in history. These light to carry double action only pistols offer advanced ergonomics in a polymer frame and stainless steel slide format.


We cannot ship this gun to California or New York due to the Hi Capacity Mags.

These guns are Maryland Compliant. 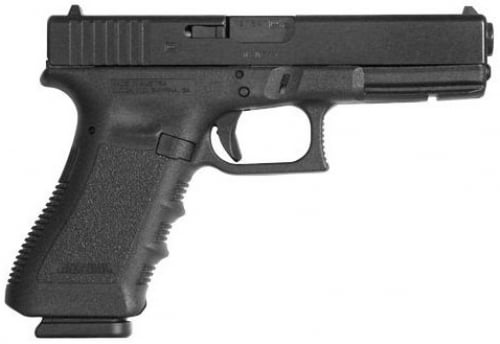 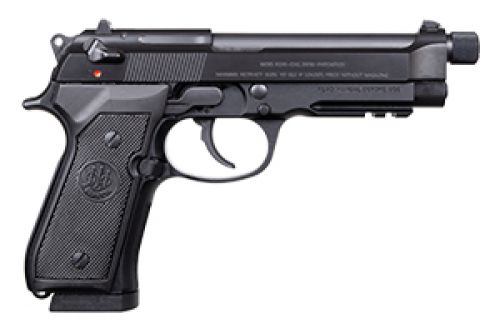 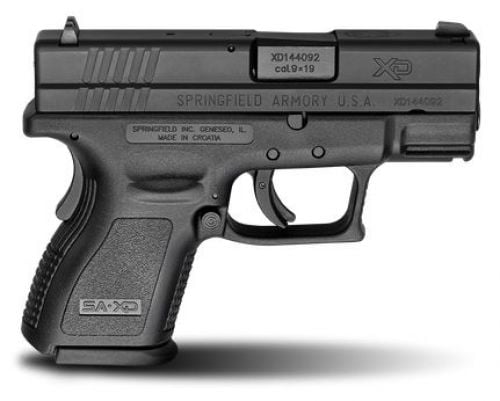 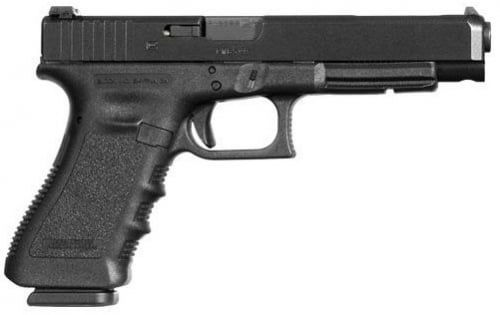 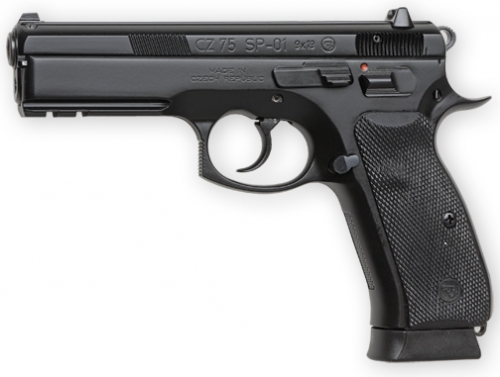 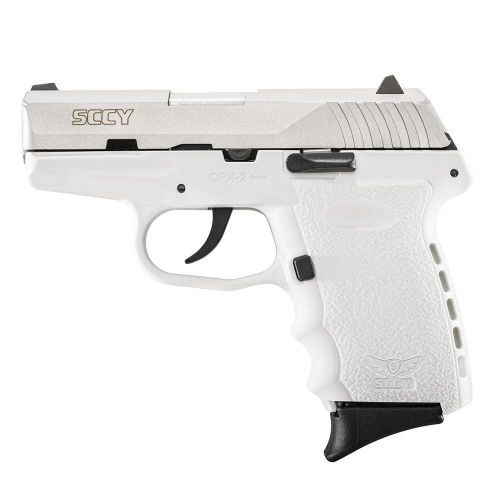 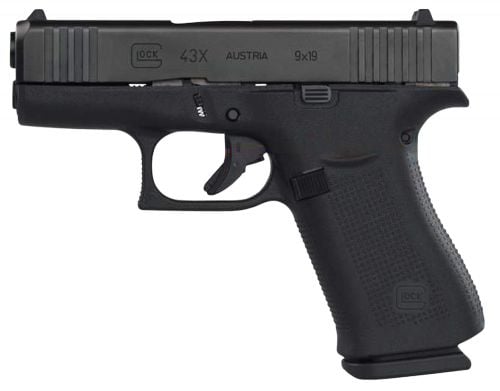 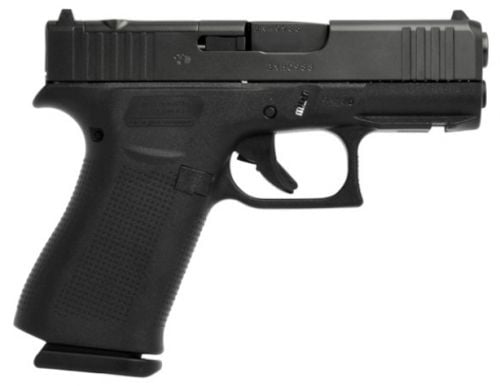 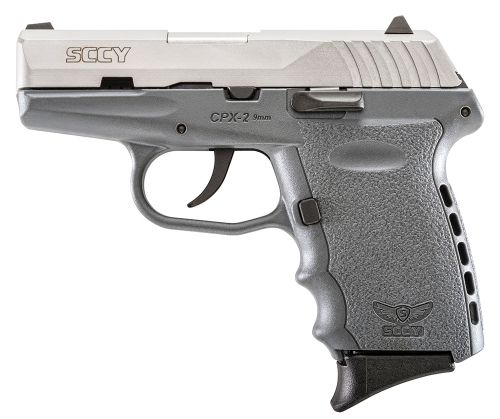 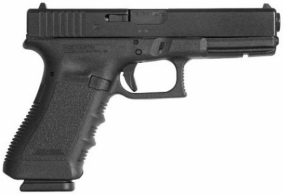 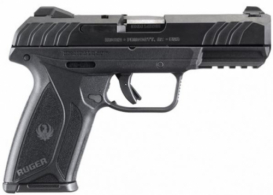 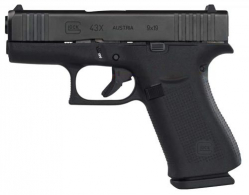 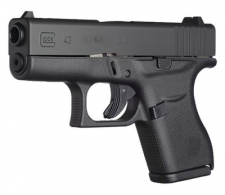 Reviewed By: KENNY D on 09/05/2019
Rating:     2 of 5 Stars!
This is the worst handgun I own and could not ever get a group on target. This thing was all over the place.
Reviewed By: Kevin C on 02/11/2018
Rating:     4 of 5 Stars!
This is a nice pistol. It is very ergonomic. The trigger is too stiff. It is accurate out to 25 yards for me.
Reviewed By: Dennis R on 05/17/2017
Rating:     5 of 5 Stars!
Well made, robust, simple design. Noteworthy is that the SW9VE model does not have the Picatinny rail, whereas the SD9/40 and the SD9/40VE have the Picatinny rail. In many ways, this pistol looks and works a lot like a Glock 17 (e.g., takedown system is the same and reportedly was copied directly from the Glock). This is a reliable, accurate pistol known for having a longish, somewhat stiff trigger. Not that you can't learn to use it, but it takes some practice; the trigger feels more like a revolver than a nice single action pistol like a 1911 or a P-series Sig. The "Sigma" series of S&W pistols had a rocky start and earned a mediocre reputation early, but has gotten better and better as it went along, and if purchased at a good price point, is a great value for the money.
Reviewed By: Robert S on 03/09/2017
Rating:     5 of 5 Stars!
2nd Gun ever owned. Great price. 15 + 1 , 2 mags, Double Action, NO SAFETY (don't think I've ever needed this on safety however.) I've run several thousand rounds through this workhorse without issue. Little big to conceal but I'm 6'1" so it doe not stand out. I'd love to grab a lighter, smaller one for carry conceal. WORKHORSE RELIABLE OH WAIT... SMITH & WESSON PRICELESS......
Reviewed By: Anthony J on 07/24/2016
Rating:     3 of 5 Stars!
It was an amazing gun as I was transitioning from a revolver to an automatic. The trigger pull was long and heavy so it felt like a revolver. If this is what you seek, then it's right up your alley.
Reviewed By: John L on 02/10/2015
Rating:     2 of 5 Stars!
Good gun for the $$ but horrible trigger.
Reviewed By: Albert B on 12/04/2014
Rating:     4 of 5 Stars!
Good gun overall, no problems with it so far, but I have not shot more than 50 - 60 rounds at this time because it's not easy finding time to go to the range. The trigger is a bit hard, break down is also a bit more difficult if you don't have very strong hands. Some one a the gun range told me S&W no longer manufactures this model, don't know why. I bought the gun so my wife could learn to shoot, so far it's been a struggle to get her to the range and feel comfortable and safe with it.
Reviewed By: Lance S on 07/26/2013
Rating:     5 of 5 Stars!
Since I purchased this new, I have used around 400 rounds. No misfires or jams of any kind. An excellent and accurate gun.
Reviewed By: Mike S on 03/17/2013
Rating:     3 of 5 Stars!
Couldn't agree more with Robert M (07/20/2012). I bought mine in 03/2012 because of the price & the S&W name. I have a couple of their outstanding revolvers and didn't think they could make a bad gun. The gun was stone reliable, but accurate, no! A friend with a Glock 27 was embarrassing me until he let me shoot his gun. I realized it wasn't me after that. I got a trigger job, which helped some but not enough. I didn't buy the gun for competitive shooting but at the least I'd like to be able to shoot consistent groups. Mine were low & to the left, which I attribute to the trigger pull, but I couldn't get any groups within 10" at 15 yards. If it weren't a S&W, I'd only give it 2 stars. I'm giving it 3 stars because the S&W name allowed me to sell it without taking a loss.
Reviewed By: Robert W on 02/26/2013
Rating:     4 of 5 Stars!
The gun is wonderful to shoot. Yet my only issue is the trigger pull. It feels like I'm going to break my finger after you empty half the mag down the range. Over all I loved the gun its Avery slim carrying gun from my stand point. I do thank Budsgunshop. Also Pickler as well. Both companies are great and would not go any where else.
Show More Reviews

Click HERE for more information regarding Team Buds Only items.

You can use our Live Chat if you have any questions about the item you just added to your shopping cart.
Chat Queue Momentarily Full