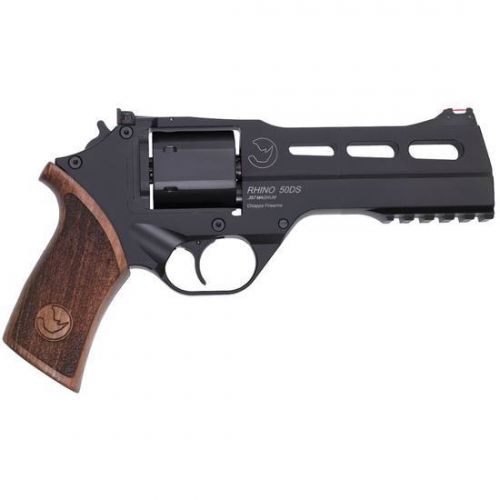 *Please Note!! Many of our pictures are stock photo\'s provided to us by the manufacturer and do not necessarily represent the actual item being purchased. Please verify this picture accurately reflects the product described by the title and description on this page before you place your order.
Chiappa Firearms Rhino 50DS, Revolver, Double/Single Action, 357 Magnum/38 Special, 5" Barrel, Alloy Frame, Walnut Grips, 6Rd, Black Finish, 3 Moon Clips, Adjustable Rear Sight and Fiber Optic Front 340-220
Questions & Answers (1) Reviews 4 out of 5

OUT OF STOCK
$ 906.00
Notify Me When Available
Add To Wish List
Ask the Community
Add to Wishlist
Notify Me When Available
Retail Store Availability
*Please Note!! Many of our pictures are stock photo\'s provided to us by the manufacturer and do not necessarily represent the actual item being purchased. Please verify this picture accurately reflects the product described by the title and description on this page before you place your order. 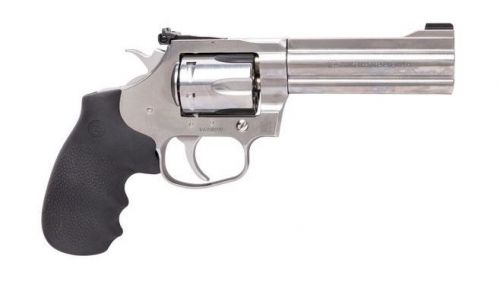 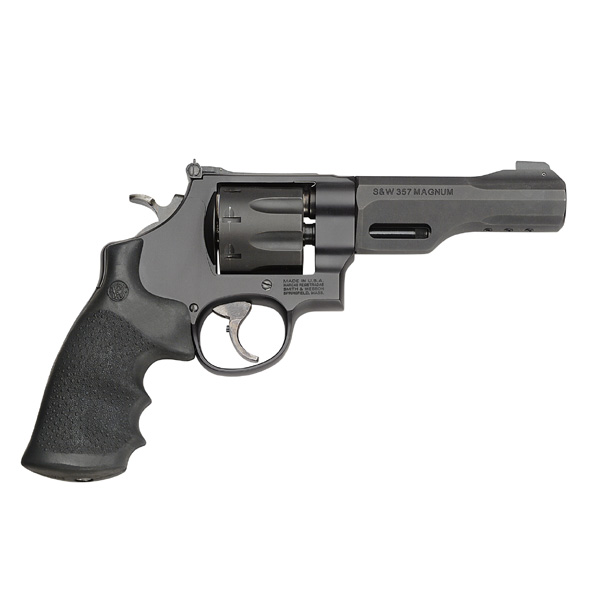 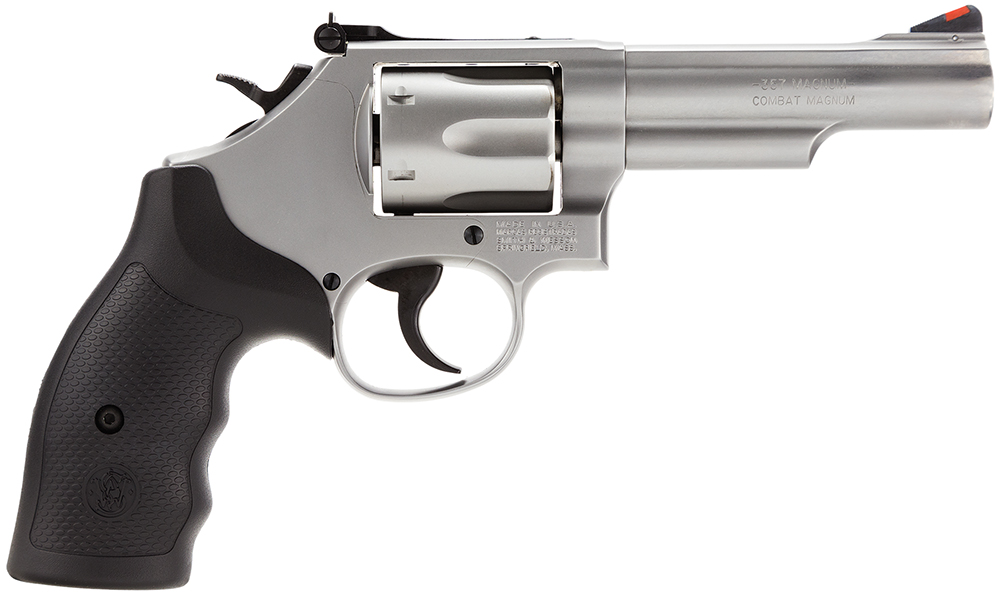 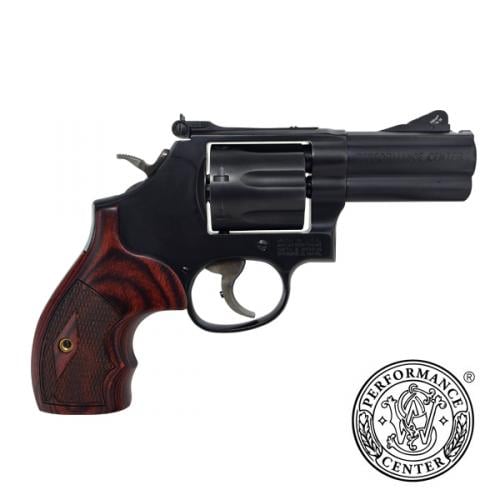 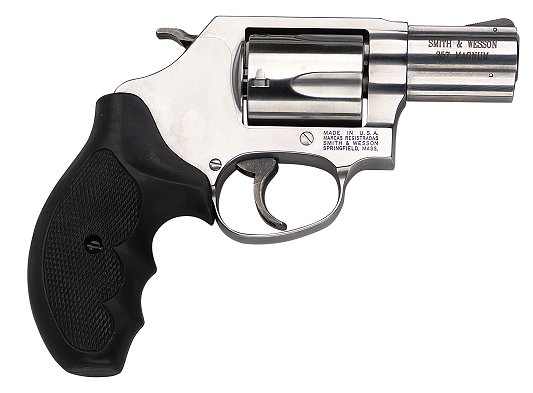 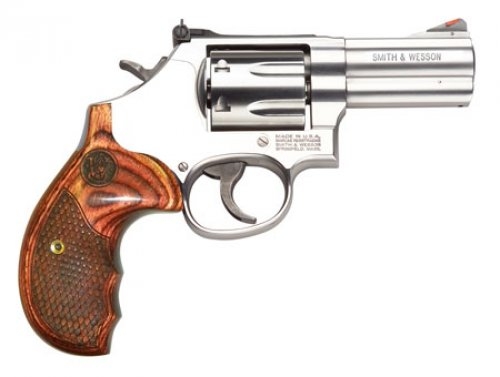 Reviewed By: Gauge B on 06/19/2019
Rating:     5 of 5 Stars!
Very little muzzle rise, especially with a .38 in it; feels like shooting a .22. When you fire .357 the muzzle still barely rises but you do feel it in the webbing of your hand, like someone gave you a hard high five. Smooth trigger but a bit heavy compared to what I'm used to, once cocked the trigger pull is incredibly light though. Sights were spot on out of the box and so far I am loving it, no ftf yet and a smooth action. Gun is very light, relatively, and easy to handle.
Reviewed By: Gert V on 05/08/2018
Rating:     5 of 5 Stars!
Love the gun. Recoil on 38 special is about non existent. On 357 magnum straight back. About the only gripe .. a tiny small one .. the sight was maxed out to the left when i receivedthe gun. Didnt realize at first so was wondering where my bullets were going. For the price i would have expected the sight to be pretty close to set.. didnt have to tweak my glock or sig when i received them.....
Reviewed By: Thomas J on 04/25/2018
Rating:     5 of 5 Stars!
Picked mine up today, looked it over real good. Checked for the issues I read about, didn't find any. Went straight to the range, shot 20 .38 spc. and 20 .357 mag. No problem. I loaded the moon clips, droped them in the cylinder, even closed it. Seemed okay. I got no complaints. The pistol grip is wider than I'm used to. The recoil or muzzle flip is miniumal. getting back on target is easy. Also, Buds was easy to work with, and very helpful.
Reviewed By: Thomas E on 03/15/2018
Rating:     3 of 5 Stars!
The gun it self shoots like dream carries good in the hand but problem I have with it is theirs a little rust in the barrel and it new but it hasn%u2019t affected the preforms it just looks bad on a new gun
Reviewed By: Charles D on 03/20/2016
Rating:     1 of 5 Stars!
When this revolver arrived I examined it in light of complaints registered by others - their complaints turned out to have merit. I found that the grip fixing screw was barely finger tight. Two of the lock plate screws weren't even fully seated (freely rotating) while the remainder were just seated but not tight. The ejector rod retaining screw was also just barely seated. The only screw that seemed secure (and I didn't have a screwdriver that properly fits it so I didn't make an effort to remove it) is the screw holding the top cylinder catch into the top strap. I "Loctited" all screws and torqued them firmly. I know one user cracked the grip because he continued shooting after he noted the grip had loosened. Another had a lock plate screw completely back out and fall free while shooting. I suspect that loose lock plates allow the internals to shift, causing the reported problems. I suspect the numerous bearing points on the plate may free the end of the pivot rods resting in it, causing various jams of the lock work. Perhaps, given the sloppy attachment of the lock plate, some pivot rods are not properly aligned with their bearing bores in the first place - no way to know. The company's claims about quality assurance seem laughable to me.
Reviewed By: Brent D on 02/29/2016
Rating:     5 of 5 Stars!
Phenomenal revolver. Took a bit to learn the safety with it being my first revolver and all, but outside of that it shoots like a champ. Nothing to mention in terms of FTF's or anything like that, fires reliably with a variety of ammunition being put through it, with minimal recoil. Shooting .38Special is like shooting an airsoft gun, and .357 really wakes it up, but the recoil doesn't increase all that much. Fantastic design, great looking revolver, 0 complaints. You get lots of compliments on it at the range, and it's a very photogenic piece. That being said, in regards to the actual accuracy, so far it's dead on. The optics included are pretty spot on right out the door, I assume from the test fire having calibrated them - I point it, it puts the bullet where I want it - No hassle, no silly ways of holding your hand like you do with some revolvers (the old "aim it down so it shoots a bit higher when it kicks" trick) Currently, on first range trip, showing 2" groupings at 45yds. On the other hand, god help you if you order on the day of or before Presidents Day. It took 6 days to process my payment, and then 4 to ship as it finally processed on a Friday. So, BUDS dropped the ball of paymentprocessingshipping - But I still got the gun in a little under 14 days total.

6 Customer Reviews
Average 4 out of 5